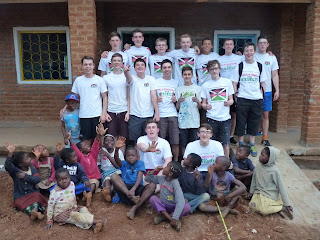 Today was the final day that we would have to make a direct difference to the children of Malawi. Pasani School was almost complete so a few happy volunteers offered to come to Nansato to finish the job. They did not know what they were in for! The three hours were a whirlwind of undercoat, gloss, painting the wee spots we had missed, and sweeping the rubble from the classroom floors. Naturally we gave the Pasani boys the hardest job, the notorious yellow gloss on dark blue undercoat. This was a nightmare that I had encountered the previous day, when I had battled for two and half hours with one window and never-ending blue spots. Still, they rose admirably to the challenge, and even taught us a neat trick that they had discovered at Pasani involving replacing brushes with rollers, something that took down the time considerably. 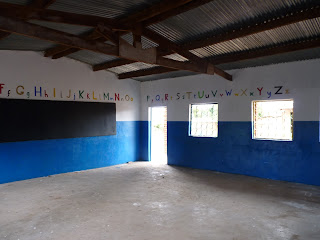 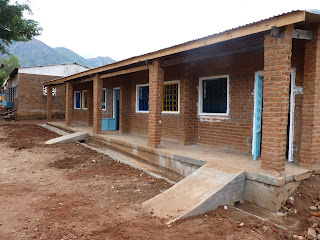 Their help was a godsend, and let us complete more work than we could have imagined in the space of one morning. Our aim was to totally finish five classrooms, with anything done to the sixth being counted as gravy, but in fact we managed to transform the blank walls and windows of the sixth into vibrant colour. At eleven o’clock, half an hour before we were shipping out for the final time, it suddenly hit me that this was about to be it. All the months spent fundraising, all the Sundays spent mentally preparing, all the hours spent attempting the impossible with yellow paint and a blue window, they were all about to come to an abrupt halt without me even realizing where the time had gone. This minor epiphany took my breath away for a moment, before charging my efforts with renewed vigour while I watched the final few minutes slip away. 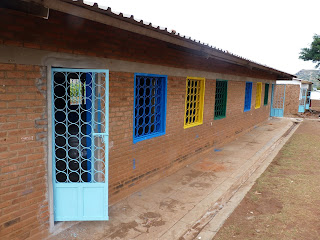 And yet the time came around eventually, as it always does, and we stepped back to review our work. Six classrooms given a totally new lease of life, and crucially given some colour instead of the unyielding grey interiors that surely would have made Nansato a head-splittingly dull place to learn in the past. Yes, there is still a bit of work to do that will be completed by the crew of builders always there to assist us. However, considering the classrooms that we arrived to, and the fact that we have exceeded our hopes of what we could achieve just before leaving Scotland let alone from when this project was first conceived, I think I can speak on behalf of all the boys in saying we are immensely proud, awed and moved by what we have done and seen in this beautiful, wonderful and so worthy country. 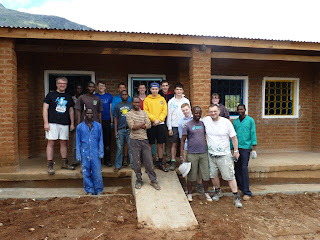 Rather than give any details about my day of sweeping and mopping, I am choosing to focus on my day from lunch onwards. The Nansato group arrived at lunchtime to the usual flock of overly excited young children. Sadly, this warm welcome would be the last of our journey. After an embarrassing attempt at a team training session fell through we were directed into one of the older classrooms. The kind staff at Pasani prepared a huge amount of food for us and some other special guests which we gladly tucked into. 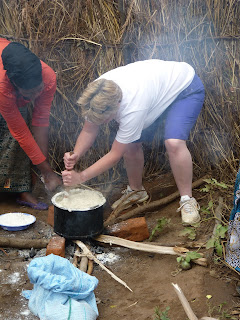 The environment of the meal was very welcoming and we all felt right at home with our hosts. After the meal we settled down to begin the speeches, coming from numerous chiefs, teachers, representatives and Mr Anderson. The chiefs were introduced to us one by one through a completely new method of applause. Instead of a fast-paced random clap, the locals used a synchronized slow-paced cupping clap.  This was clearly a way of showing the utmost respect for the chiefs of the different villages which we enjoyed taking part in. The speeches themselves were quite moving, one in particular sticking out in our minds was Mr Anderson’s. His promise to return back to Pasani if the builders did not complete the work in time for the new term revealed the true passion behind Mr Anderson’s past year of fundraising. On a less serious note, he also mentioned the fact that we would not be coming home the colour of bronze but the colour of blue paint! After several other speeches giving thanks we headed outside to get one last photo with the staff next to the classrooms.

Next on the program was our sporting event which we were destined to win. First of all, we played the staff which included three of the village chiefs. Secondly, we played an U21 team named Kingsley’s All-Stars. We drew 1-1 with the staff after a cheeky tap-in from Bjorn and we lost 0-1 to the U21 team due to a strike seeping through our usually rock-solid defence. Our final day was one that I am sure our whole team will remember for the rest of our lives. 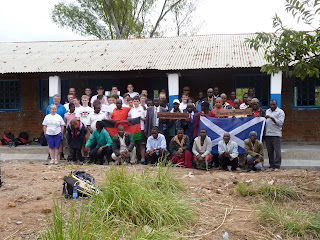 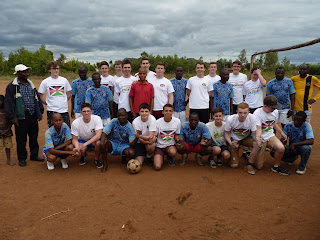 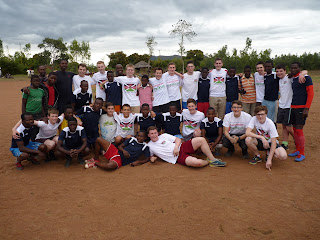 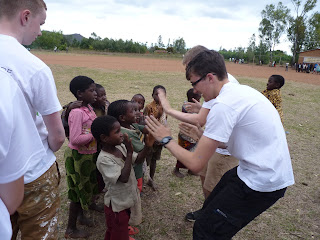